Maaike (30) actually wanted a dog, but her Frank (33) is crazy about cats. And now they are both head over heels in love with their 5 fantastically sweet and fun Norwegian Forest Cats. Today, a very proud cat mum has her say!

Let’s get straight to the point: at first you prefer dogs and now you want five cats?

Yes, haha. I could never have thought of that myself. My boyfriend Frank and I both love animals, but our flat is too small for pets. But when we moved into our current house – with a garden – in Groningen, we decided it was time for more fun. Indeed, I wanted a dog at first, but Frank is so fond of cats that I gave in.

And why did you fall for Norwegian Forest Cats?

I wanted a real cat. Not a small one, but one that makes you think: WOW! That is why we chose Norwegian Forest Cats. They are beautiful and big. And you do not easily overlook them! Besides, Norwegians are known for their soft and cuddly character. And they are crazy sometimes!

They regularly run and fly around the house and really need a challenge. That’s why we have different kinds of scratching posts in the house. The scratching post [1] we have is nice and high and gets used a lot. The holes inside are ideal for them to crawl through and it is strong enough for our big cats. They love to sleep in it, play and scratch.

Where did you and the cats meet?

We bought Muis and Fie (both 3 years old now) from recognised breeders. They have a health certificate and a pedigree. Frank and I both thought that was important.

We were actually looking for a cat, but Mouse chose us instead – when we arrived, he came running straight to us. Because we first wanted to breed with this beautiful breed, we started looking for a mother. And then Fie came into the picture. We were both in love immediately, but Fie was not very impressed by us. She is rather headstrong.

The little ones – Link, Ciri and Lando – are now 11 months old and were born with us. They were so small, cute and helpless!

What nice names they have! Who came up with them?

Our cats are all related and have official pedigree names. But we don’t really use them. Only their callsigns and Frank made those up – he is quite creative.

They are all family. Do they look alike?

In terms of markings, the three little ones are the most similar – Link and Ciri are blue silver white tabbies and Lando is a black silver white tabby. Mouse is a blue silver tabby (without white) and the biggest of all. And mum Fie is gorgeous too – she is amber blue mackerel white.

And in terms of character, they are totally different. Muis is lazy and really the boss in the house. He is suspicious of new people and is very focused on smell.

Do you use a different detergent than we do?

Furthermore, Muis is playful, likes to be stroked and never has a problem sharing his food with everyone.

Fie is more on her own and likes to decide when she is touched. And she often has zoomies – then she jumps and runs through the house like crazy. She retrieves her toys and eats everything. Even cauliflower and peas!

Link is an enterprising chatterbox who needs a lot of challenge. He regularly jumps on cupboards, is not afraid of anything and follows me everywhere. I have put a basket next to the bathtub, because he jumps in as soon as the tap is turned on. That is how much he wants to be with me.

Ciri is a real princess and behaves like one. She doesn’t want to be held or lifted up, but she will tell me when it’s time to cuddle. She plays with all the cats in the house and is very picky when it comes to food. If she doesn’t like something she looks at me like: “How dare you give me this!”

And finally, Lando. Our teddy bear and good boy. He was born as the smallest and was our little worrywart, but is now the biggest of the three. He loves food, is super lazy and can fetch like the best of them! And because we have been busy with him so much, he is also super-social.

Are they also friends of each other?

All the cats get along very well. Fie in particular with her daughter Ciri. And Mouse is best friends with Link. Link is the unifying factor in the house by the way. I think that is because he cannot be alone very well. That is why he always plops down on everyone. Also on us!

Do you leave the cats alone easily?

I never leave them outside alone anyway. First of all because I have heard that Norwegian Forest Cats are often stolen. And I’m afraid of them being hit by a car. But they do go outside. When I am with them they can go on a leash in the garden and on our shed. Then they can see the whole neighbourhood.

Finally, that you like cats is obvious. But can you tell us why?

Cats – and especially my Norwegian Forest Cats – are great fun, sweet and very cuddly. And they all have a mind of their own. Tip from Maaike: you can follow the adventures of her Rebels on Instagram @norwegianmuisandfie.

For Maaike it is important to have a scratching post in the house that can take a beating. She chose the Superdome 120 scratching post [2] because it has enough space for all her cats and it can’t fall over. And her five Norwegian Forest Cats are very happy with it! 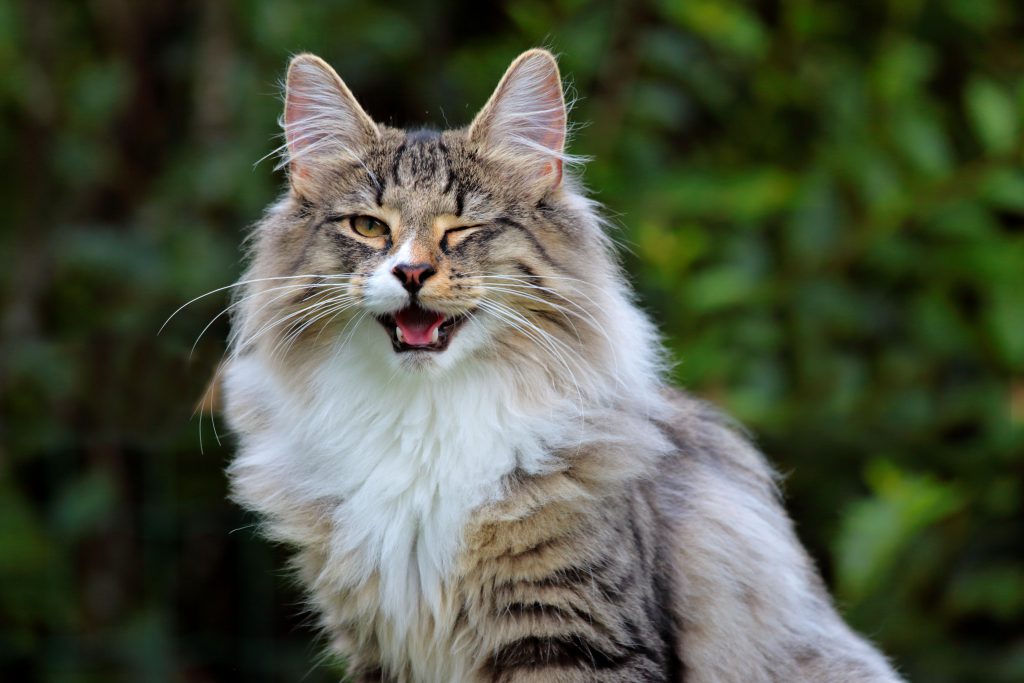 All about the Norwegian Forest Cat

Large, athletic and gentle. Just three characteristics of this beautiful, calm and sweet cat breed: the Norwegian Forest Cat. But […] 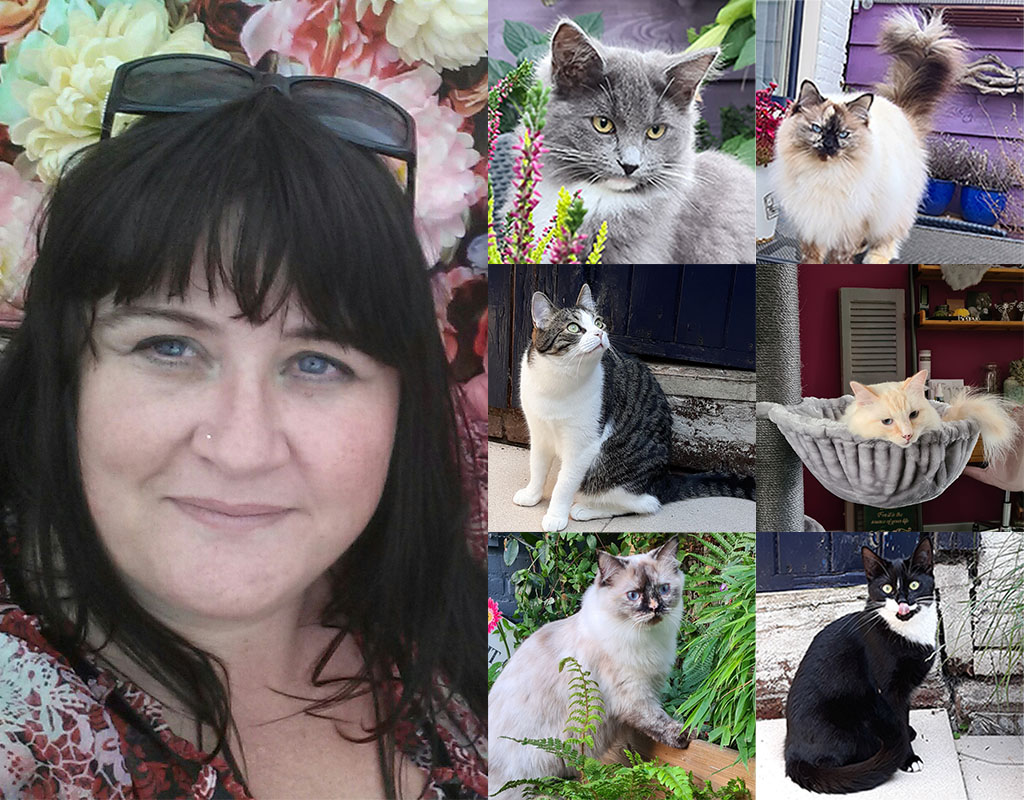 Ellen about her 6 cats

Ragdolls, Ragamuffins and regular house cats. Ellen loves all cats. That is why she has six. Each one has its own character – a slacker, a clever one, a very laid-back one, an all-rounder and a quiet enjoyer. And who is that little grunt? 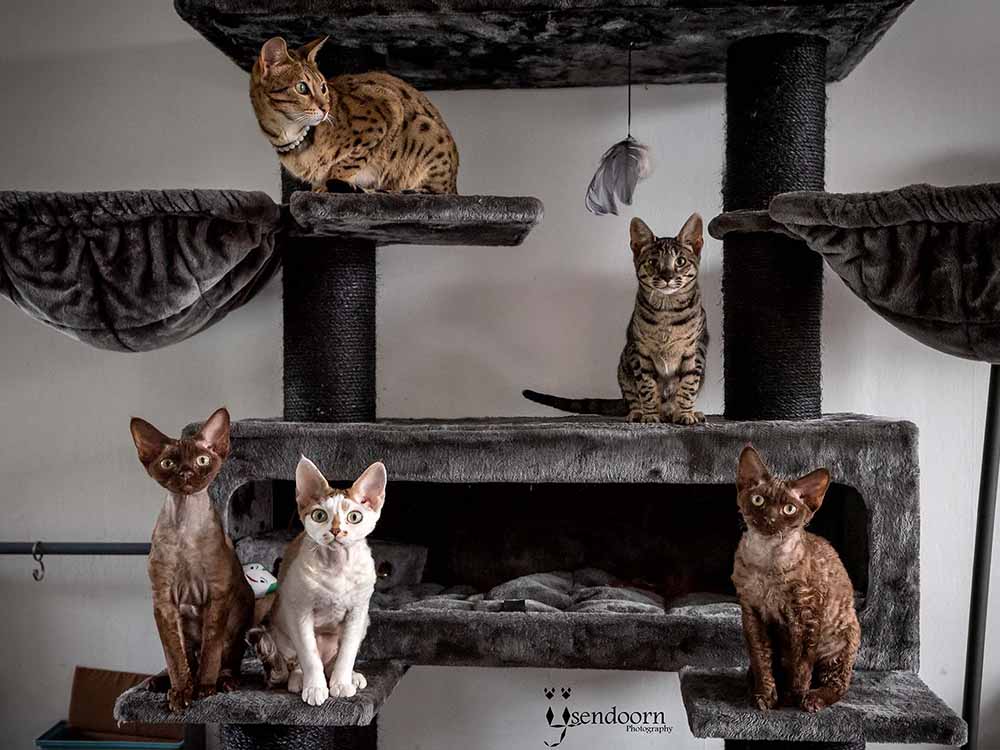 These scratching posts are ideal for large cats and cat breeds

Cat trees for big cats are ideal for a Maine Coon, Ragdoll, Norwegian Forest Cat, Savannah or other big cat. Because these cats need a scratching post that suits their size. Here we explain why and what to look out for.

Gabry (35) found cat Amy on the street and knew immediately: she belongs to me. Later, Noah joined them. A super sweet little male who immediately captured her heart. Here she talks about their special encounter and what the cats mean to her. 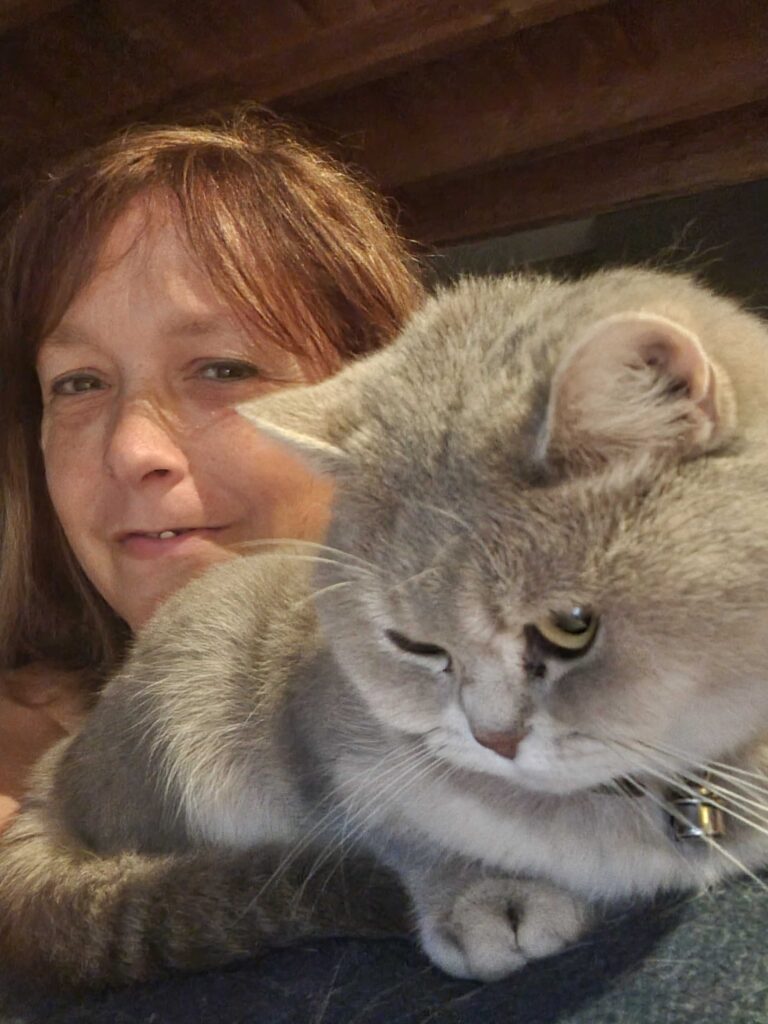 Belgian Cindy (45) was a dog person. But since she was introduced to a cat eight years ago, she’s also crazy about cats. Today she talks about her British Shorthairs – about Miro’s cuddle addiction and the year she lost him and Pebbles. 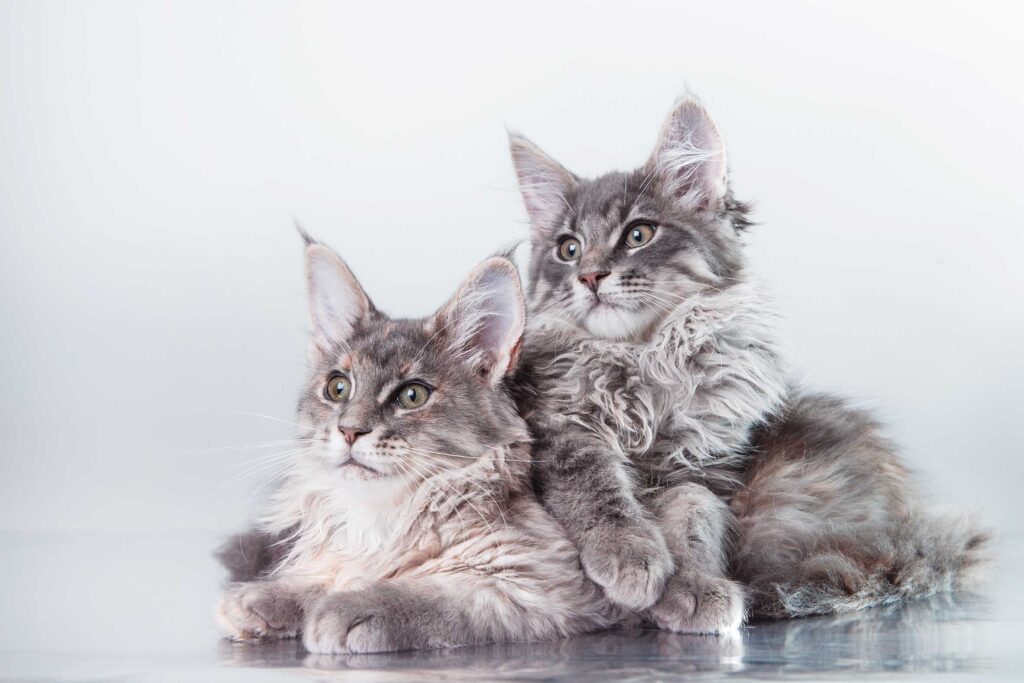 The Maine Coon is one of the most popular cat breeds in the world. Why? Its a very fun breed. Maine Coons are beautiful, sweet and very intelligent. Want to know all about this cute breed of cat? Then read on quickly!