Jana (23) lives in Outer in Belgium with her husband Kenneth and three cats. Sphynxes Jack and Daniel are brothers and follow each other everywhere. Kitten Pluche was saved by Jana from a life on the streets. She will tell their story here.

Nice, a Belgian candidate! What is it like to live in Outer?

It is lovely there. Close to the city, but still nice and quiet. Kenneth and I used to live in a flat with Jack and Daniel. But I’m so glad we moved. We now live in a real house with a garden and that’s much nicer. We moved here because we have more space, but we also moved for the cats. Now they can go outside every once in a while.

So they can play outside?

Yes, but not always. I am very afraid of losing them. That is why Jack and Daniel are only allowed in our fenced garden under supervision. And that is a real treat for them, because they lie sunbathing on the terrace for hours. Plush is still small, so he is not allowed outside yet. That will come later.

How old are your cats?

Jack and Daniel are brothers and the same age. They are now 1,5 years old. We are not sure how old Pluche is because we found her on the streets, but we estimate that he is about 3 months old now.

How nice, two brothers. They will get along fine, won’t they?

Well, actually all three of them get on very well together! Jack and Daniel do everything together – sleep, eat, play and get into mischief. They sometimes even go to the litter box and lay down in the cat tree together.

Plush has only been with us for a short time, but is already a part of the family. He had to stay in a separate room for 4 weeks because he was still so small and vulnerable – we really needed to strengthen him up. But he was immediately accepted when we introduced him to the cat brothers. Daniel has since taken care of him and is teaching him all the tricks of the cat’s trade. Very sweet, because Pluche did not have an easy start.

Yes, that is quite an extraordinary story. Our neighbour found a mother cat and four kittens one evening while she was renovating her house. All of them unfortunately died because they had been hit by a car. But next to mum was a small and skinny ball of wool meowing. That was our Pluche – only three weeks old and already alone in the world.

My husband and I fell in love immediately and decided to do everything for this little fellow. We rushed him to the vet the same evening and had him checked out. Fortunately, he was doing fine, but he needed very good care from that moment on. My husband and i got up every two hours to bottle-feed Pluche milk. But there is not much left of that little skinny kitten. He is now a big and happy jumping jack. And we can’t imagine life without him. He is so sweet and nice!

Pluche is also a real cuddler?

He is still a bit scared. But I think that is because he is still so small and has been through so much already. But at the end of the day, he always comes to cuddle with me.

Jack is introverted and very curious. He is far too busy for all that cuddling. Daniel, however, loves to lie on our laps and always wants to be stroked.

So they’re always close by?

Yes, actually. They can often be found in our bedroom or in one of their baskets. And when Kenneth and I are downstairs, they are lazing around in one of the hammocks or in the little house of their the Ragdoll 200. They all love it! And they can also scratch, climb and play in it. Handy, because they are still young and have a lot of energy.

Finally, why are your cats so cute?

I am a real cat person, so I love all cats. But of course I love my own cats the most! I love everything about them – they are all special and have their own character and will.

Jana has three young cats and was looking for a large scratching post with enough room for all of them. She is very happy with her choice: the Ragdoll 200 in the colour pepper [1]. Because it is big, stable and has many places for the cats to sleep. It is so beautifully made, it looks so good in her home. 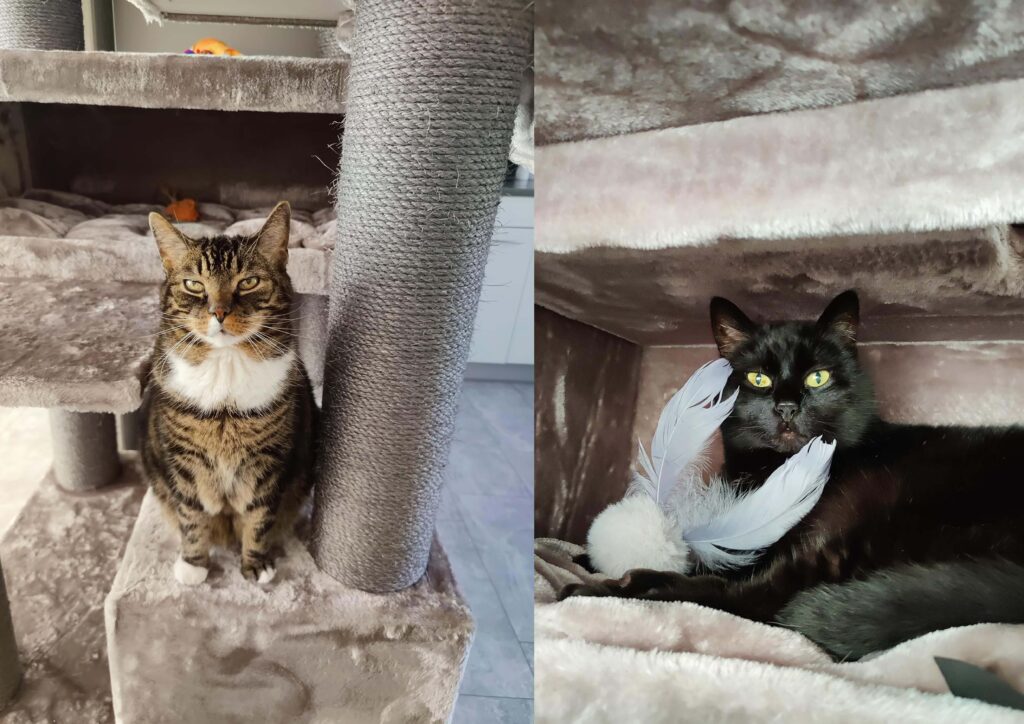 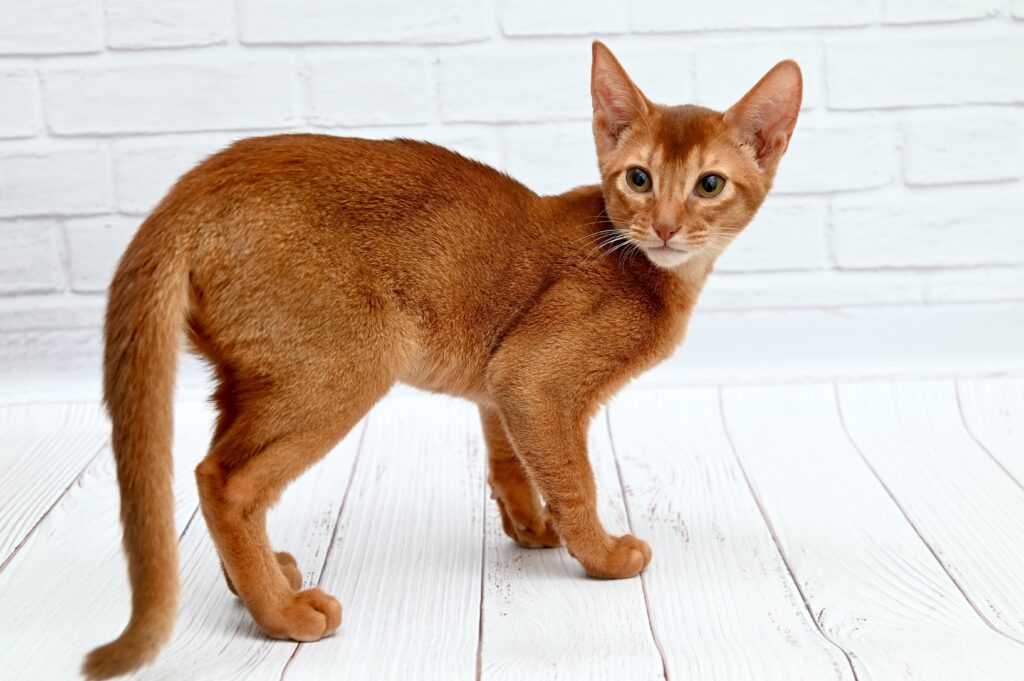