As the name suggests, the Devon Rex-cat was brought to life after a kitten named Kirlee was born around 1959 in the United Kingdom in a town called Devon. The Devon Rex’s genetic makeup is similar to the genetic makeup of another race, the Cornish Rex, a race that was born less than a decade ago in a nearby town called Cronwall. 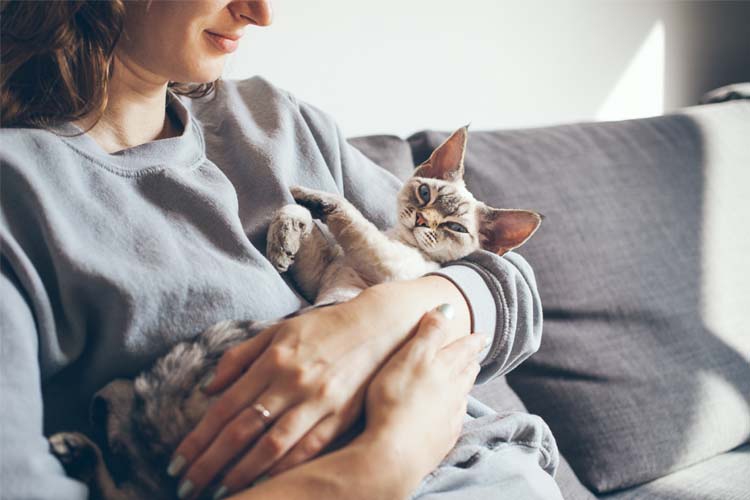 After some succesful tests it was established that Kirlee indeed was a unique race thanks to the natural genetic manipulation during the breeding process. However, not much is known about the descent of the Devon Rex. The race was fully acknowledged in 1979 and is still a very popular choice among pet owners across the world. If u decide to buy cat furniture for your Devon Rex we have some important information that can help you make a choice and get the perfect item that is suitable for their unique characteristics.

The Devon Rex’s favorite spot is around the head/shoulders of their owners. They have a special interest in everything that happens around them, they are very stubborn and they refuse to be excluded from exciting activities. In addition to that they also really like connecting with humans or other cats, they are incredibly intelligent and like learning various trics such as fetching.

With such a remarkable and inventive brain it is important that you chouse a cat tree with which the cat can stay busy and be satisfied. Because of their impulsive personality there is nothing worse than a grumpy Devon Rex in your house. It is exceptionally challenging to find a specific cat tree that is perfect for your cat, luckily we have one product in mind that will garantee a positive impact on the development of the Devon rex’s brain. We try to keep everything simple here at Petrebels so we have named this exquisite cat tree after the beautiful race of the cat itself. You can view the details here!

Cat tree for Devon Rex cats in all shapes and sizes

Petrebels has got a large assortment of cat furniture and cat trees in all shapes and sizes. Navigate immediatly to the right category: