Are you looking for an active and smart cat that will ‘talk’ to you? Then perhaps a Savannah is something for you. But beware, this breed is not suitable for everyone. Curious? Here you can read all about this special cat breed.

How did the Savannah cat originate?

This cat breed is very popular now, but it has been around for just 30 years – a breeder from America first crossed a Siamese cat with a male Serval in 1986. And from that, the first Savannah cat was born. A particularly beautiful cat that became super-popular among breeders in the late 1990s. And in 2001, TICA (The International Cat Association) recognised the Savannah as a new cat breed for the first time.

Where does the name Savannah come from?

A Savannah is a cross between a domesticated house cat and a wild cat. A hybrid cat. In this case, that wildcat is a Serval – a beautiful feline that lives in the wild on the African savannahs. And because a Savannah has many of the characteristics of its sturdy ancestor – it is large and has the same spotted coat – it was given the beautiful name of Savannah.

The appearance of a Savannah

Savannahs are, because they are descended from the Serval, larger than ordinary house and kitchen cats. They weigh between four and seven kilograms, are slim, muscular and athletically built. Their necks are long, as are their legs. The tail of a Savannah, on the other hand, is not particularly long, but it is thick and has a nice rounded tip.

The head of a Savannah is actually quite small compared to their imposing body. It has the shape of a triangle with two beautifully large and upright ears on top. And some Savannahs also have very cute little feathers growing out of them.

The coat of a Savannah cat

The coat of a Savannah is tough. It is short, feels somewhat coarse and has a full structure. Only Savannahs with clear spots (dots) on their coat meet the breed standard. In terms of colours, a lot is possible. Think black/brown spotted tabby, silver spotted tabby, melanistic and black smoke.

Fun fact: although the coat is somewhat coarse, the spots feel very soft. Just like the undercoat.

The Character of the Savannah

To learn a bit about the character of a Savannah, it is good to first tell something about the different generations in which this breed of cat is bred. Because that has a lot of influence on the final character of the cat.

Bred kittens are often marked with the letter ‘F’ followed by a number. An F1 Savannah kitten is directly descended from a cross between a wild Serval and a domestic cat. So an F1 is often large and has many of the wild characteristics of a Serval.

Hereafter according to Savannahs of a type F2 up to for example F4. And the higher that figure gets, the further away the Savannah is from the Serval. So it will have more of a house cat’s character. Something to think about if you are considering taking a Savannah into your home. Because with small pets or children, you want a quiet cat with little hunting instinct.

But now back to the character.

Savannahs are friendly and sociable towards people, other cats and dogs. And they are very loyal to their owners. They like to be around them and they like to be everywhere. A Savannah has a lot of energy and therefore needs space. As well as a large cat tree, you will need a large house with a generous outdoor area if you get a Savannah. Fun: most Savannahs can be trained to walk on a lead and love going to the woods with their owners.

The care of a Savannah

The coat of a Savannah is easy to maintain. They lose less hair than normal cats and so do not need to be brushed very often – once a month is fine. They like it too, by the way.

In terms of diet, it is not very complicated either – Savannahs eat almost the same as regular house cats. Good quality pellets and wet food and a nice treat from time to time. But this cat breed does need supplementary food to keep their muscles and bones strong. Therefore, their daily diet must be supplemented with good quality fresh meat.

And furthermore, you look after a Savannah just like any other cat. Love and enough cuddles and attention are of course indispensable. As well as sufficient drinking bowls with fresh water, preventive de-fleaing, de-worming and, of course a clean litterbox. And their teeth and general health should of course be checked by the vet every year.

Savannahs have a lot of energy and they need to be able to use it. As we just mentioned, a large outdoor area is a must, as is a regular long walk on a leash. But in the house, Savannahs also need a challenge. Make sure you have enough toys and make time to play with your cat too. A small cat tree is not enough for a Savannah. Therefore, always choose a scratching post that is specially designed for Savannahs . Here, they can do their thing every day.

Diseases and disorders in Savannahs

This cat breed can be called very strong and healthy – there are few or no hereditary disorders or diseases in Savannahs. However, you should always keep an eye on your cat’s health, especially as it gets older. Diabetes, osteoarthritis, cystitis, cancer and kidney stones occur in every cat.

How old does a Savannah become?

Because these cats are so healthy and strong, their life expectancy is also high. A Savannah can live up to 20 years. And that is very nice of course, but it is something to think about when you take such a cute kitten into your home. Savannah kittens eventually become big cats that need care and attention.

For whom is a Savannah cat suitable?

A Savannah of the F1 type is a direct descendant of a Serval as mentioned above. They are very beautiful cats, but they are wilder than ordinary house cats. Savannahs of this type are not suitable for

Do you choose a Savannah of type F4, for example? Then the cat is most like an ordinary house cat in terms of character. Then it is not a problem if you live a bit smaller, work during the day or do not have an outdoor area. But of course you must always make time for care and lots of cuddles and attention!

If you think a Savannah is right for you, then feel free to buy a Savannah kitten. But always do that with a good cattery or with a recognised breeder who is a member of a breed association. Because then you know for sure that you are buying a healthy and happy cat. Cats should never be bought from a bread breeder or from ebay!

Evelyne has 12 Savannah cats and tells all about them in Cat Talk!

Disclaimer: Petrebels is geen dierenarts of gedragsdeskundige: alle content, informatie en tips op dit blog zijn bedoeld om je te inspireren en hebben een informatief karakter. Does your cat have complaints or problems and do you have doubts about its health? If so, always go to the vet or a behaviorist. 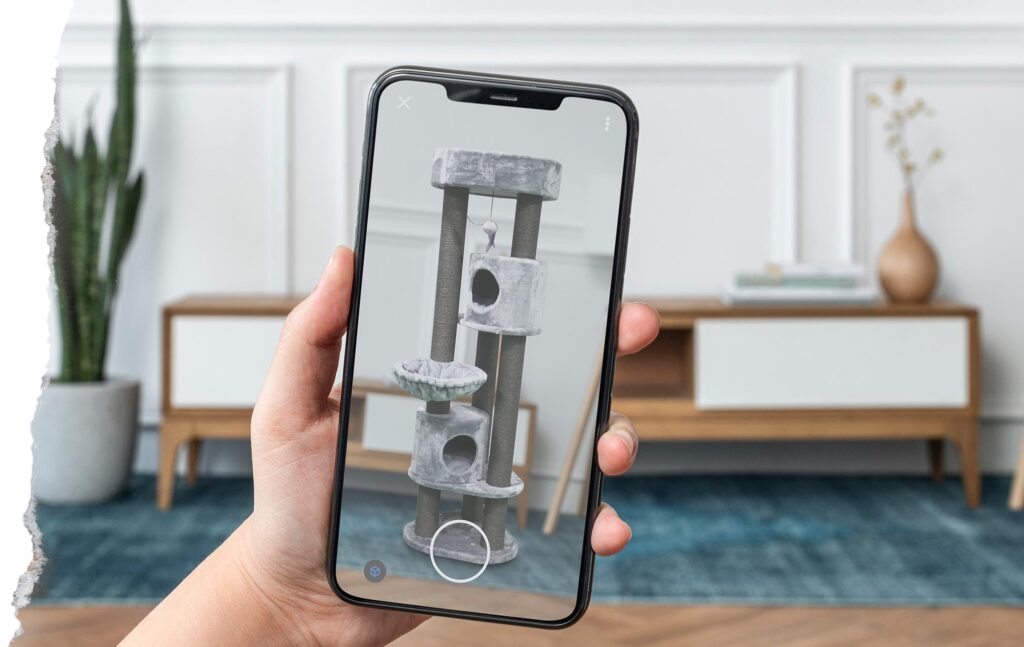 You can admire these scratching posts at home! 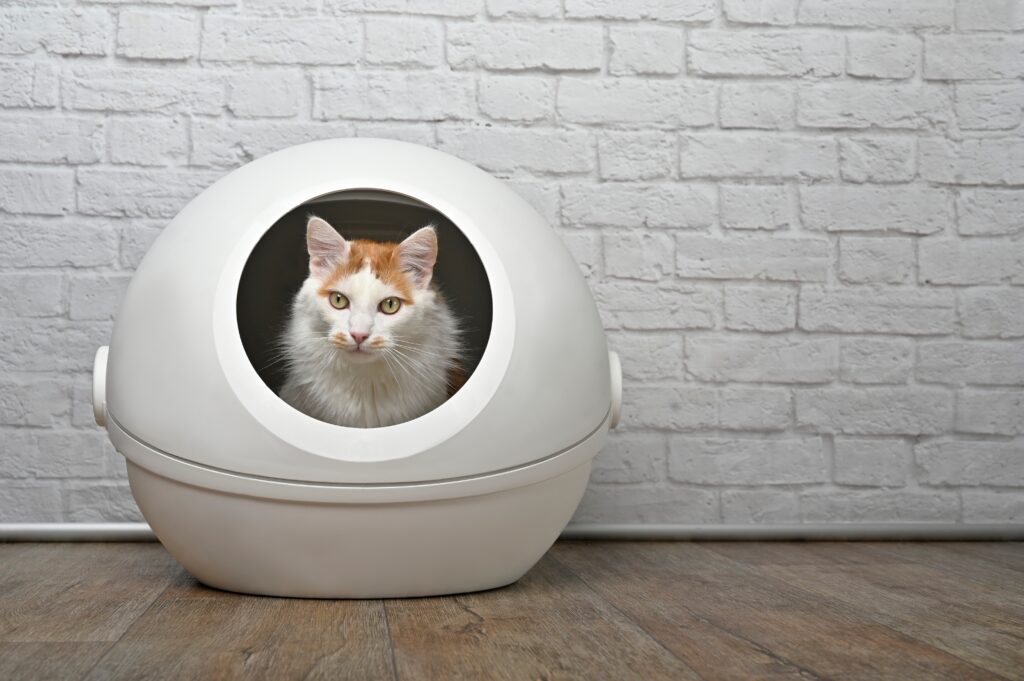 Does your cat pee in the house and not in the litter tray?

If your cat pees or sprays in the house, there is something wrong with the litter box. Or your cat is ill or stressed. Here we tell you how to solve the problem of nondomesticity in cats and give useful tips about the litter box. 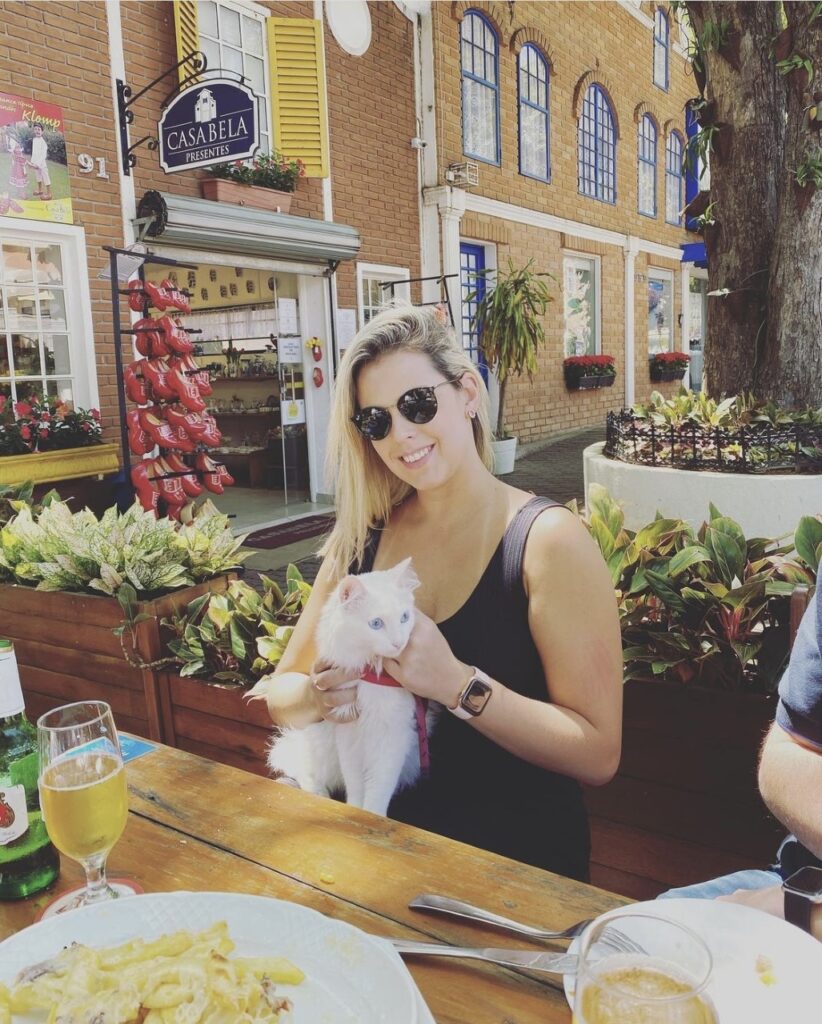 Bruna (36) lived in Brazil until recently with Lucca and Sofia – two cats she rescued from the streets. Now she lives in Baarn with her husband Jan (38) and cat Nyna (1). Lucca and Sofia were also supposed to move with her, but unfortunately things turned out differently. 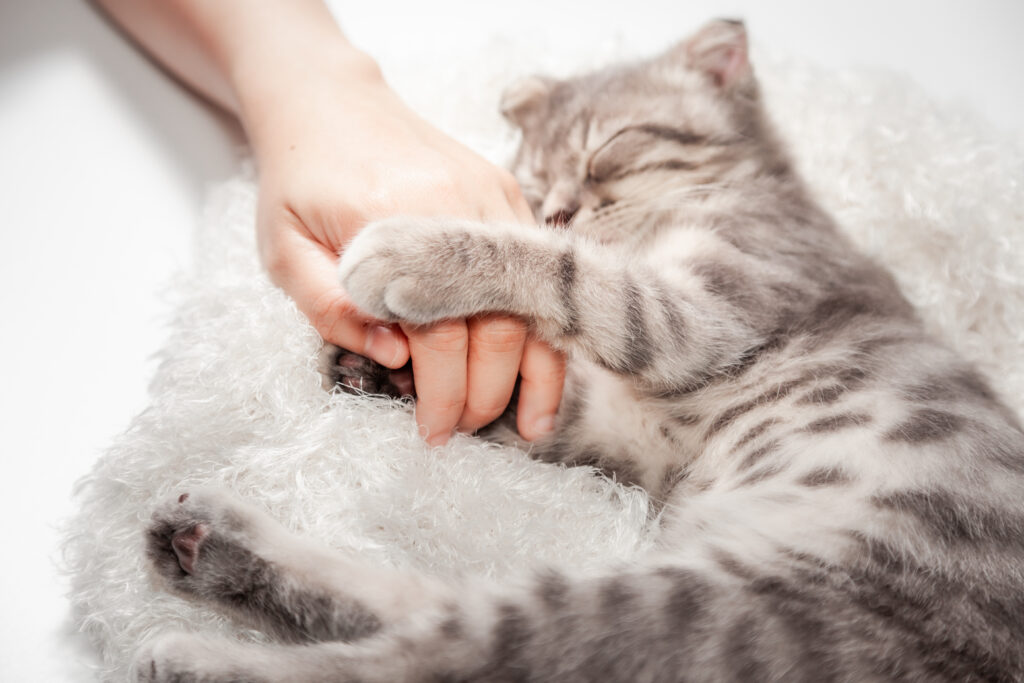 Love bite, pain or aggression: why does your cat bite?

Cats sometimes bite. But why? And how do you recognise the difference between a bite out of aggression and a ‘love bite’? In this blog, we will tell you about the biting behaviour of cats. Because then you will get to know your furry friend even better. 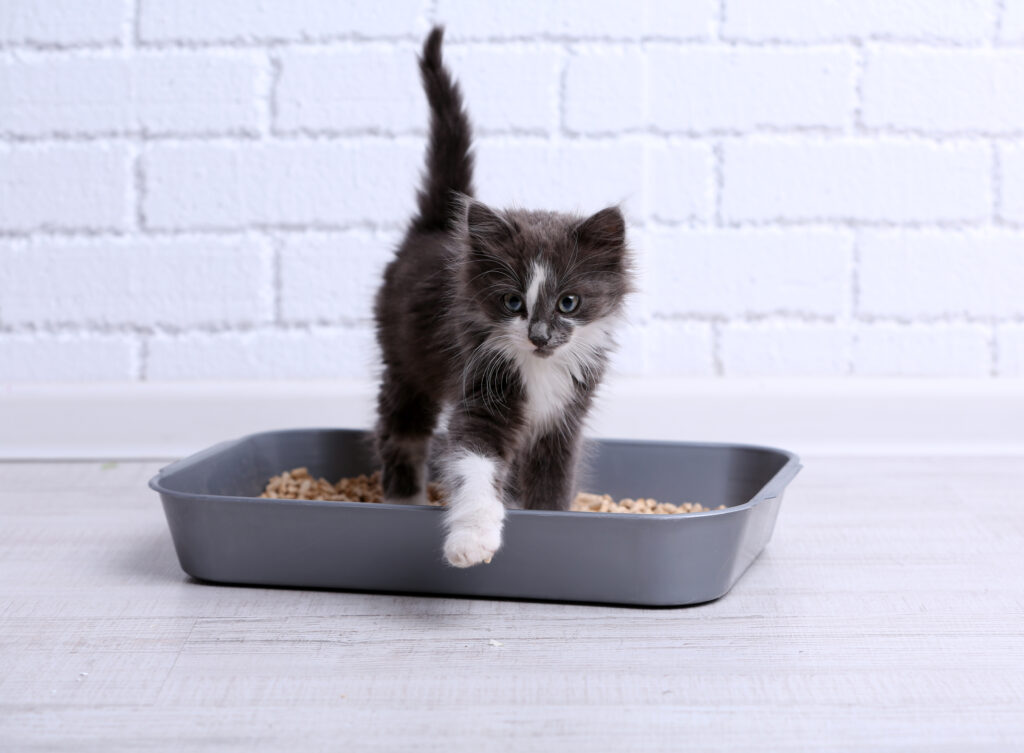 How many litter boxes do you need? 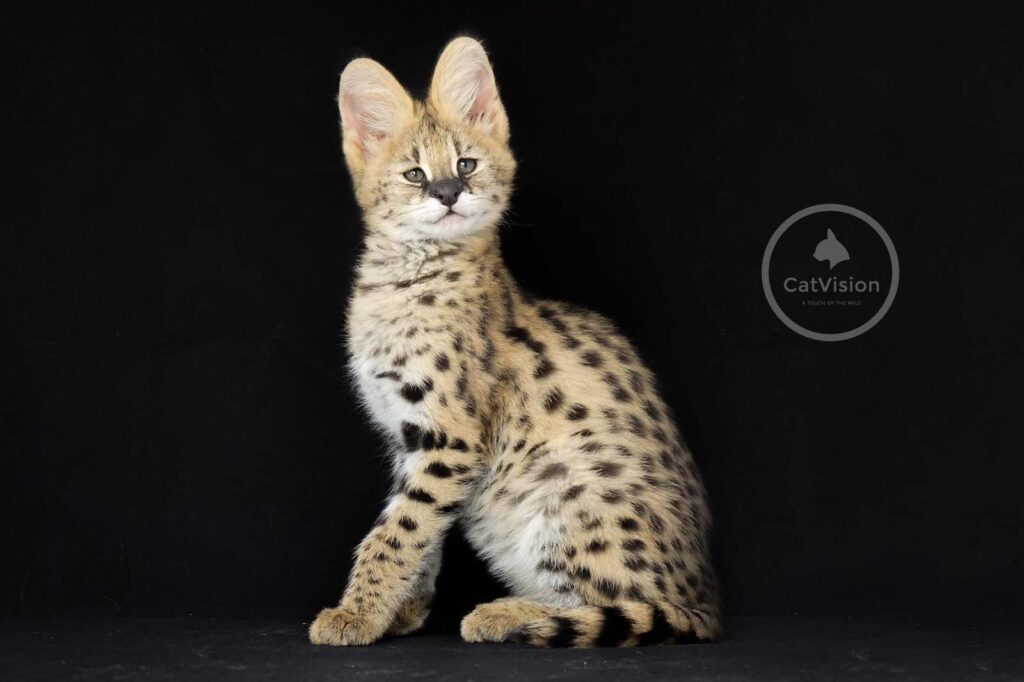 Evelyne (29) from North Brabant cannot live without cats. She has twelve Savannahs, six Kurilian Bobtails and three ‘normal’ cats. Today we get to take a look into the life of this cat lover. Because how do you do that, take good care of 21 cats?