The British shorthair is a descendant from the more traditional Britisch domestic cat and has got a few very unique characteristics that distinguish him from it’s predecessor. The British shorthair has got a typical rough build and a dense fur. The little ears and big round eyes are very typical for this race. British shorthairs are often muscular with a short thick tail of which the top is slightly rounded. The race used to mainly occur in the color blue, but there are exceptions like our own “FREDDIE THE REBEL”. 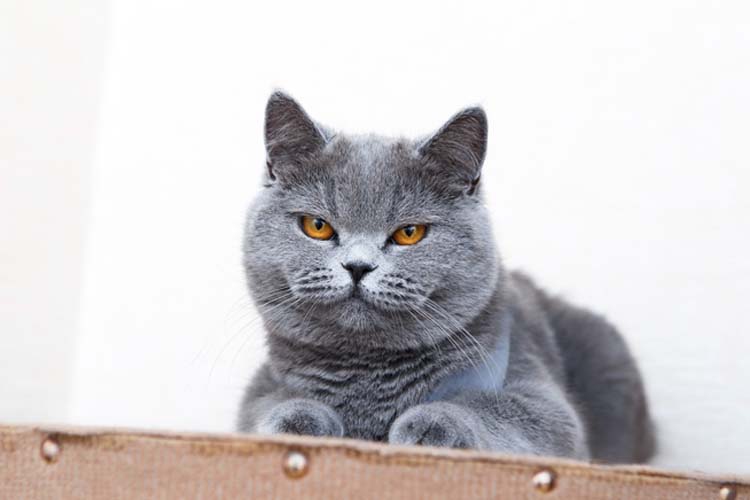 A very recognizable feature is their temperament, they love the indoors but also like exploring outdoors. A british shorthair is often very calm and affectionate. When choosing a cat tree for them you must understand what they like, this way you can find a cat tree that fulfills all their needs.

British shorthairs are very easy cats. However they do like climbing and playing, they also really love to relax and occasionally take a nap. When choosing a cat tree you must take several platforms and places for sleep into account. A ‘Luxury Sleeper’ hammock is a very useful additional item. A cat tree to which they can go to for sleep and to play is the perfect combination.

Because the British shorthair is an average height cat it is important to make sure that you choose a cat tree that is not only strong and stable but also safe and pretty. Investing in a good cat furniture will eventually pan out nicely. Petrebels’ cat trees in generally last longer so your Rebel will have more time to get used to them. Cheap cat trees are often instable with light materials causing the cat tree to wear out faster and needs to be replaced. We made a list with our favorite cat trees for British shorthairs, these have enough sleeping places and offer a firm and solid playground for adventures.

Cattree for British shorthair in all shapes and sizes

Petrebels has got a large assortment of cat furniture and cat trees in all shapes and sizes. Navigate immediately to the right category: